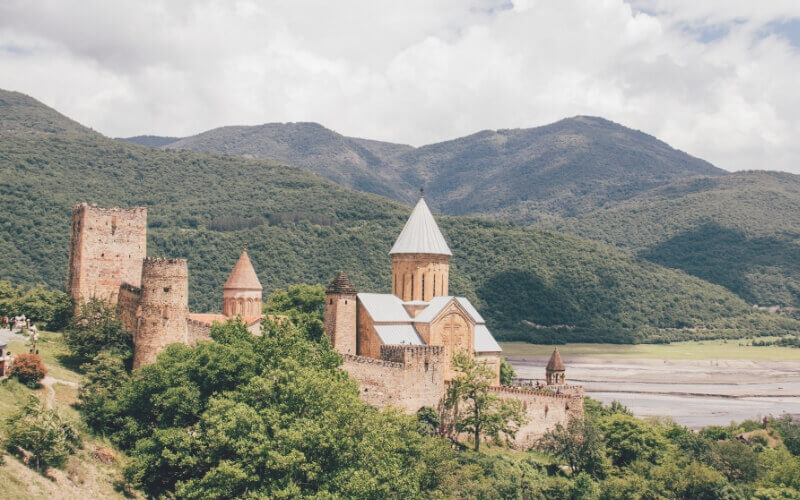 According to a legend, Georgia is considered the most beautiful country on earth. So special, in fact, that God wanted to save this little spot on the Black Sea for himself. On a journey through the country on the Black Sea, we will find out how the Georgians came to have their country and whether there really is any truth to the myth that Georgia is so extraordinarily beautiful.

When God distributed the lands, one by one, to the peoples of the earth, the Georgen were busy dancing and celebrating. They were late and threatened to go empty-handed. But their cordiality and joy of life impressed God. And so it came about that he allotted the small land in the Caucasus to the party-loving people – although he actually wanted to save it for himself because of its unique beauty.

This is the legend. Since beauty is known to be purely subjective, each traveler must make his own judgment and decide how much truth there is in the story about the glory of Georgia. One thing is certain: despite its small area, which is about the size of Bavaria, Georgia boasts a remarkable variety of landscapes. Majestic mountain panoramas, lonely steppes, dense forests and not to forget the kilometer-long coast on the Black Sea. 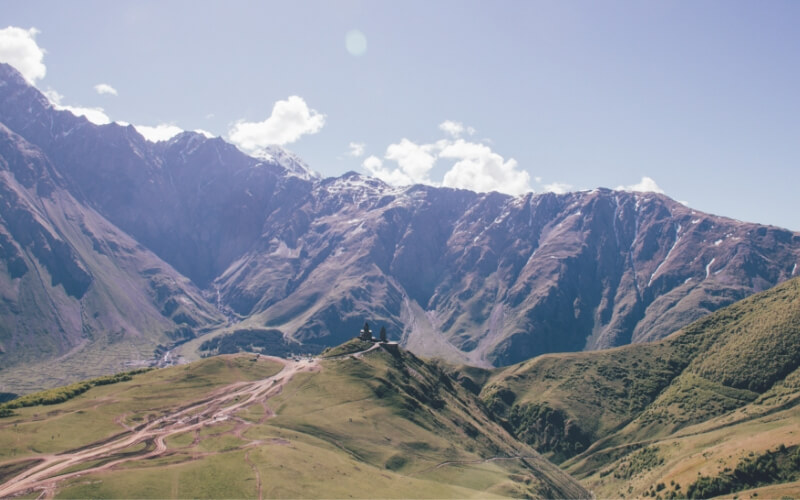 From the mountains to the steppe

If you want to travel through Georgia in a way that is typical for the country, you can forego a rental car and instead be transported through the country in minibuses, the so-called marshrutkas. The first stop is one of the main attractions, which is especially popular with hiking enthusiasts: the Gergetier Trinity Church, which is impressively located in the mountains of the Great Caucasus. The mountain panorama with the church complex decorates numerous postcards. Again and again the Caucasian landscape is characterized by numerous churches enthroned on mountains and hills. Like the fortified church of Ananuri or the monastery of Dzhvari, near the city of Mtskheta, which was once the capital of the Iberian Empire.

Another popular destination is the famous cave monastery Dawit Garedscha in the east of the country, just under 70 kilometers from the capital Tbilisi. Coming from the mountains, the landscape here changes rapidly into a barren steppe. In the spring, lush greenery transforms into desert-like savannah.

A hiking trail leads from the Georgian Orthodox monastery on Mount Udabno up to a chapel. From here you have a fascinating view of the neighboring country of Azerbaijan.

Anyone traveling in the region around Georgia’s oldest monastery should wear sturdy shoes and long pants. Because snakes are numerous in the steppe and sometimes poisonous.

Tbilisi, “the place of warmth”.

The capital of the country is also definitely worth a visit. The sulfur springs beneath the city once gave Tbilisi its name. With its thermal culture, charming old town and numerous sights, the city on the Kura River is ideal for a city trip. 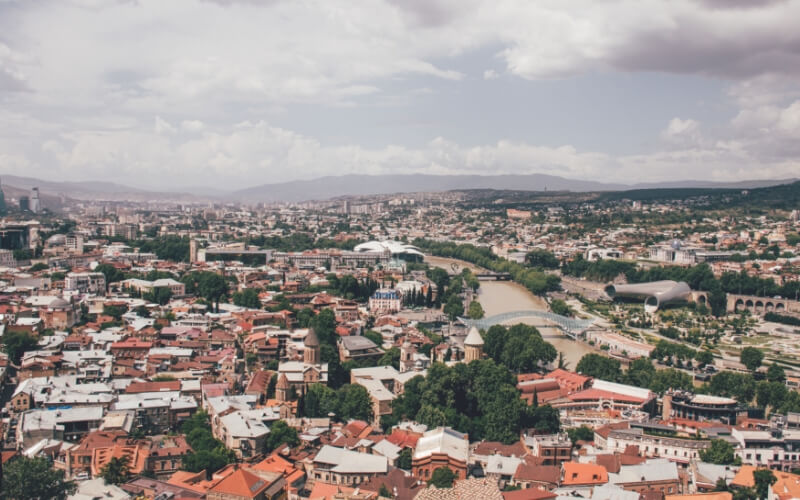 The variety of restaurants and bars will make you want to sample Georgian cuisine, and museums provide insight into the country’s history.

The architecture of the buildings is an exciting mix of different eras and influences from different regions. It seems as if the city cannot quite decide whether it is still Asian, Oriental or already European. Tbilisi is known for its many elaborately decorated wooden balconies.

Anyone who has ever visited the small country in the Caucasus will remember one thing in particular. Namely, the special and almost legendary hospitality of the inhabitants. If you come into contact with locals, the honest and sincere cordiality of the people is immediately noticeable. Hospitality is very important in Georgia. Celebrating, eating, drinking, dancing and singing together is part of the culture of the people. Guests are always a welcome reason to serve up a big meal. Even with families who live in very simple circumstances.

At festivities, it is traditional for one person to be declared the so-called tamada, the table master. The tamada, usually a man is chosen for the role, has entertaining traits and leads through the evening, with toasts, stories and singing.

Instead of eating in stages with appetizers, main course and dessert, in Georgia all dishes are served at the same time. Each dish is strongly spiced and garnished with herbs. This is an indication that Georgia is particularly influenced by Arabia from a culinary point of view. In addition to a tomato and cucumber salad, typical dishes include hachapuri, bread baked with cheese and egg, and kinkali, stuffed dumplings. The meal is celebrated from start to finish and can last several hours. Of course, the world-famous Georgian wine must not be missing. 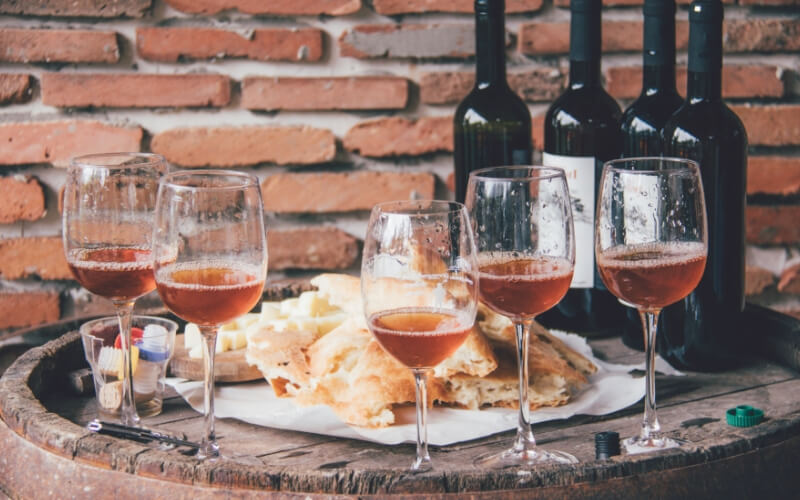 The South Caucasus is called the region of origin of wine. Lovers of natural wine get their money’s worth here in particular. Because the wines are produced without additives in large clay vessels. Many families make their own wine in their cellars.

And when the tamada raises his glass again, filled with amber-colored natural wine, to drink to the well-being of family and friends, and a loud gagimardschos (cheers in Georgian) is raised in the round, perhaps even the last skeptic that Georgia may be the most beautiful country on earth will have his doubts vanish.